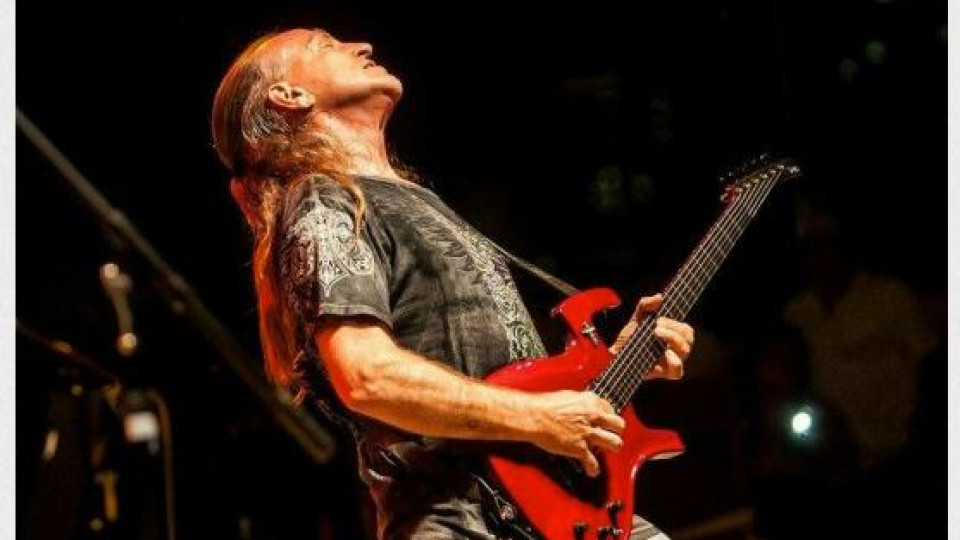 In recognition of The Concert @17, the tournament is extending special introductory pricing for tickets to the 2022 Ally Challenge presented by McLaren by 17 days. Best offers are now available through June 27, 2022. For a complete listing of ticket options please visit the tournament website at theallychallenge.com.

Access to The Concert @17, and The Ally Challenge Community Concert featuring Kane Brown, require the purchase of a valid tournament ticket for the day each concert is hosted, or a weekly ticket option.

“The Concert @17 presented by Soaring Eagle Casino & Resort is a great addition to tournament week at the Ally Challenge,” said tournament representative Rob Frederick. "Building a first-class experience for our spectators has been a primary goal of the tournament from the beginning, and to bring classic rock legend and Michigan native Mark Farner to the famed 17th hole at Warwick Hills on Friday night is a big win for our fans.”

The Ally Challenge presented by McLaren has established a legacy of giving in southeastern Michigan, including raising more than $4.5 million in support of local charities in the greater Flint area and beyond in its first four years. The tournament will continue to positively impact the community in Genesee County and beyond in 2022 through its support of UWGC, as well as the return of the Birdies for Charity presented by Ally and Tickets FORE Charity programs.

Birdies for Charity presented by Ally is a grassroots charity platform, now in its fifth year, that serves as an extension of The Ally Challenge presented by McLaren’s mission to positively impact non-profit organizations in the greater Flint area. This successful program has included nearly 80 participating Michigan 501(c)(3) organizations and raised more than $1.6 million since it began in 2018.

All qualified non-profit organizations that register for Birdies for Charity presented by Ally are eligible to participate in the tournament’s newest charitable initiative, Tickets FORE Charity. This program, that debuted in 2021, gives charities an opportunity to earn extra dollars for their cause based on attendance during the final round of The Ally Challenge.

Each time a ticket, purchased with a charity’s special promo code, is scanned at a tournament admissions gate on Sunday, August 28, The Ally Challenge presented by McLaren will donate $10 to that designated charity. In addition, a $5,000 bonus pool will be split amongst the top three charities receiving the most scanned tickets.

For more information about the Birdies for Charity presented by Ally and Tickets FORE Charity programs, including how to participate, please visit https://theallychallenge.com/charity/.

The 2022 Ally Challenge presented by McLaren will take place the week of August 22 – 28 at renowned Warwick Hills Golf and Country Club.

Mark Farner is one of the founding members, lead singer, lead guitarist, and wrote 90% of the Grand Funk Railroad music catalog. Farner has always been known as the energetic driving force on stage, the engine that pulled the original Grand Funk Railroad to the top of the charts. From his soulful voice and power rock riffs, to fueling the Funk with his atomic stage presence. His story and his imprint on music starts with Flint and since 1969 from his humble beginnings and a blue-collar outlook, Farner has captained a global crusade for love and freedom and became a rock ‘n’ roll icon.

Today, Farner’s amplifying his remarkable career another full decibel selling more than 30 million records worldwide, including 16 gold and platinum albums. Mark Farner’s American Band will honor Farner’s golden anniversary in music, as well as shine a spotlight on his legendary contributions to society, in his 2019-2020 50th Anniversary Tour. Farner, 70, is also about as real as they get: he’s a husband, a father and grandfather and in his fourth decade of marriage to wife Lesia. He’s a family man.

Farner’s first years in music were with the band Terry Knight and the Pack and The Bossmen. When GFR formed in 1969 they named the group after the Grand Trunk & Western Railroad that runs through Flint. Like a Spartan, Farner was intent on bringing rock destined for arenas. What began as rehearsals at Flint’s Federation of Musicians Union Hall led to some of rock music’s watershed moments. At the 1969 Atlanta International Pop Festival, they shared the stage with rock luminaries such as Led Zeppelin, Janis Joplin, and Creedence Clearwater Revival. GFR thrilled the audience and further cemented its place as a live band full of loud, ferocious rock, soul, and funk!

The same year they formed – 1969 – the band further defied expectations by releasing two albums (via Capitol Records) in a four-month period. Farner wrote all but two songs from On Time and the platinum-selling Grand Funk. He said they wanted to take advantage of the meteoric rise that was building in terms of the band’s popularity.

The son of a World War II veteran, four-time bronze star recipient and career fireman also knows the importance of brotherhood and commitment. On his mother’s side, he champions his Cherokee heritage and the fact that his mother was the first women welder in the United States to weld on a tank during World War II. It just happened to be the same type of Sherman tanks his father drove. Farner’s work on and off the stage is focused on honoring service personnel and veterans and offering support to American farmers, individuals with disabilities, and downtrodden populations. Farner, the rock patriot that he is, continues to work tirelessly to honor service personnel and Veterans everywhere. He wants everyone to remember the huge sacrifices the men and women of our armed services give up to protect our amazing country and our freedoms.

Farner’s penned composition “Bad Time” was Grand Funk’s last Top 10 single reaching No. 4 on the Billboard Hot 100, in June 1975. Although it never topped the charts, the song was the most played tune on radio that year due to demand.

Farner released his first solo record in 1977. He has also enjoyed success in Contemporary Christian music with the No. 2 and Dove-nominated “Isn’t It Amazing” in 1988. He’s a three-time Michigan Rock and Roll Legends Hall of Fame member – inducted as a solo member in 2015 and an inductee as part of Grand Funk Railroad and Terry Knight & The Pack.

More than 50 years later something magical still happens when Farner takes the stage. His voice still strong and on key, his guitar playing slick and lighting quick and his trademark prancing all of which is still memorizes his audiences around the world.