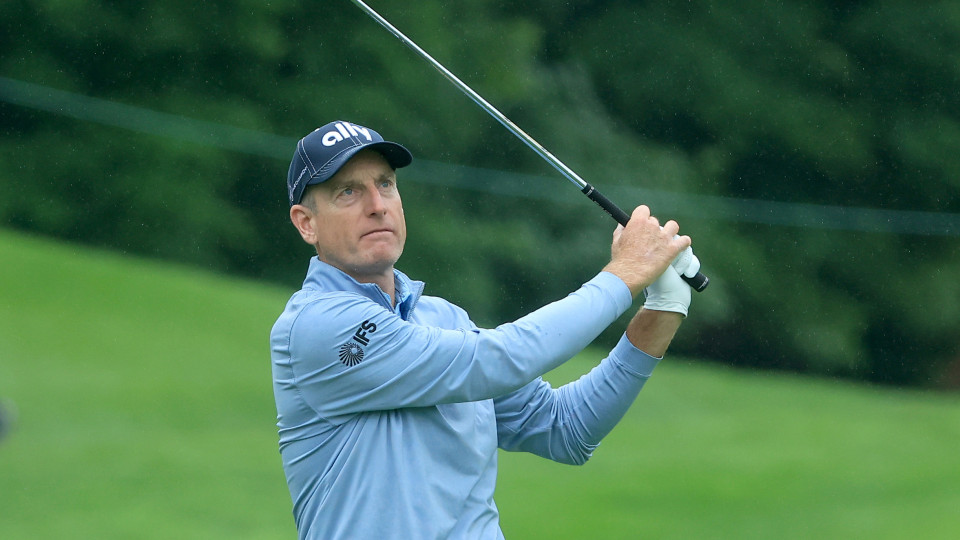 Moreover, the world-class field will be strengthened by reigning and six-time Charles Schwab Cup champion Bernhard Langer, who is the owner of 43 career PGA TOUR Champions victories, second all-time, and the leader in career money with more than $32 million in earnings. The Ally Challenge field will also include PGA TOUR Champions rookie David Duval, and two-time PGA TOUR Champions winners Retief Goosen and David Toms.

Durant recorded his fourth-career PGA TOUR Champions win at the 2021 Ally Challenge with a one-shot victory over Langer. Durant, 58, has recorded 56 PGA TOUR Champions top-10 finishes since making his debut on the senior circuit in 2014. The Florida native is currently ranked No. 53 in Charles Schwab Cup points.

Furyk, 52, burst onto the senior scene after becoming the 19th player in PGA TOUR Champions history to win his debut with his victory at the 2020 Ally Challenge. He went on to join Bruce Fleisher in September as the only players to win their first two PGA TOUR Champions starts after his win at the PURE Insurance Championship. The Pennsylvania native completed his 26-tournament rookie campaign finishing inside the top 20 in every event, including a third victory, and ended the season ranked No. 2 in the Charles Schwab Cup standings and received the Rookie of the Year award.

Kelly, 55, grabbed his second senior major and tenth PGA TOUR Champions title yesterday at the Bridgestone Senior Players Championship. The Wisconsin native has been a model of consistency and productivity since making his first PGA TOUR Champions start in 2017. He was selected as PGA TOUR Champions Rookie of the Year after an impressive first season that included setting a PGA TOUR Champions record with 16 consecutive rounds in the 60s, breaking Hale Irwin’s 18-year mark. The 2019 winner of The Ally Challenge has won at least once in each of his first five seasons on PGA TOUR Champions and never finished outside the top-10 in Charles Schwab Cup standings. Kelly’s current ranking is No. 3 on strength of seven top-10s over 14 starts this season.

Broadhurst is a five-time PGA TOUR Champions winner. The 56-year-old resident of Atherstone, England capped off a career-best season in 2018 with his victory at the inaugural Ally Challenge, his third of the year. He also enjoyed a two-win season during his Rookie of The Year campaign in 2016 that included the first of his two senior major titles at The Senior Open Championship. Broadhurst boasts five top-10 finishes over 13 starts this season and is currently ranked No. 14 in the Charles Schwab Cup standings.

The 2022 edition of The Ally Challenge presented by McLaren will not only feature world-class competition, but fans will also be treated to a full slate of events and activities taking place at the tournament through Sunday’s final round.

Tickets for The Ally Challenge can be purchased at theallychallenge.com/tickets. Several ticket options are available. Daily tickets start at $15, and kids 17 and under receive free grounds access with a ticketed adult.

The tournament’s special events begin on Tuesday, August 23, with a new adaptive golf clinic presented by McLaren in cooperation with the U.S. Adaptive Golf Alliance (USAGA). The USAGA is a non-profit organization dedicated to bringing inclusion to the disabled through the game of golf. The two-hour clinic will take place at Warwick Hills and include five trained adaptive golf coaches and specialized adaptive golf equipment. Participation in the private clinic will be by invitation only, with two positions selected by McLaren via a public raffle. Additional details will be announced soon.

The Women of Influence Luncheon joins tournament week this year and will celebrate the power and accomplishments of women on Thursday, August 25 at 12 p.m. in the Beer Garden on Hole No. 17 at Warwick Hills. For more information, including how to purchase tickets to the Luncheon, the public can contact the tournament sales office at medgar@theallychallenge.com.

Family Fun Night presented by Charles Stewart Mott Foundation moves to Thursday from 5:30 – 7:30 p.m. and will once again be held on Hole No. 17 and in the Faygo Fan Zone. Admission and parking are free for this fun-for-the-whole-family event. Parking is located at the Grand Blanc High School with complimentary shuttle service provided. Family Fun Night includes free pizza and drinks for youths 18 years and under, a DJ dance party, Golf Stations, and financial education resources compliments of Ally, including showcasing Ally’s Minecraft world, Fintropolis.

The tournament welcomes two new events to its Friday schedule, beginning with the Chamber Happy Hour from 4 – 6 p.m. on Hole No. 7. This special function brings the community together at The Ally Challenge through four of the regions Chamber of Commerce organizations. Guests from the Flint &

The Concert @17 presented by Soaring Eagle Casino & Resort featuring Mark Farner will also be held Friday evening, August 26, and take place following the first round of tournament competition at the famed 17th hole at Warwick Hills.

Access to The Concert @17, and The Community Concert presented by Ally, require the purchase of a valid tournament ticket for the day each concert is hosted, or a weekly ticket option.

The tournament has partnered with Redwood Steakhouse Brewery & Grill to bring fans attending the 2022 tournament a culinary experience called Taste of The Ally Challenge. This new activity will be available Friday through Sunday, August 26 – 28, in the Faygo Fan Zone at Hole No. 17. An upgraded ticket, purchased in advance or onsite, will allow participants to sample five different stations, each featuring a distinct food and alcohol pairing.

There’s something for everyone at The Ally Challenge presented by McLaren thanks to the tournament’s many fan destinations, all open to the public, ranging from live music - to enjoyable ways to view the competition – to fun for the kids¾to Birdie Time is Miller Time. See below for the full list

2022 Fan Destinations at The Ally Challenge presented by McLaren

Visit theallychallenge.com for additional information about the tournament’s fan destinations, including daily hours of operation.

The tournament also announced today that it will offer complimentary admission to The Ally Challenge presented by McLaren to members of the United States Armed Forces (Active Duty, National Guard, Reserve, and Retirees) and veterans.

Below are the available U.S. Armed Forces and Veteran ticket options. For tickets and additional information visit: https://allychallenge.spinzo.com/?group=military-9r7h.

Please note that a valid Department of Defense issued ID or photo ID must be provided. This special offer extends to family members and dependents of approved Active Duty, National Guard, Military Reserve Service Members, Military Retirees and Military Veterans.  Please note that fans 17 and under are admitted free of charge with a ticketed adult.