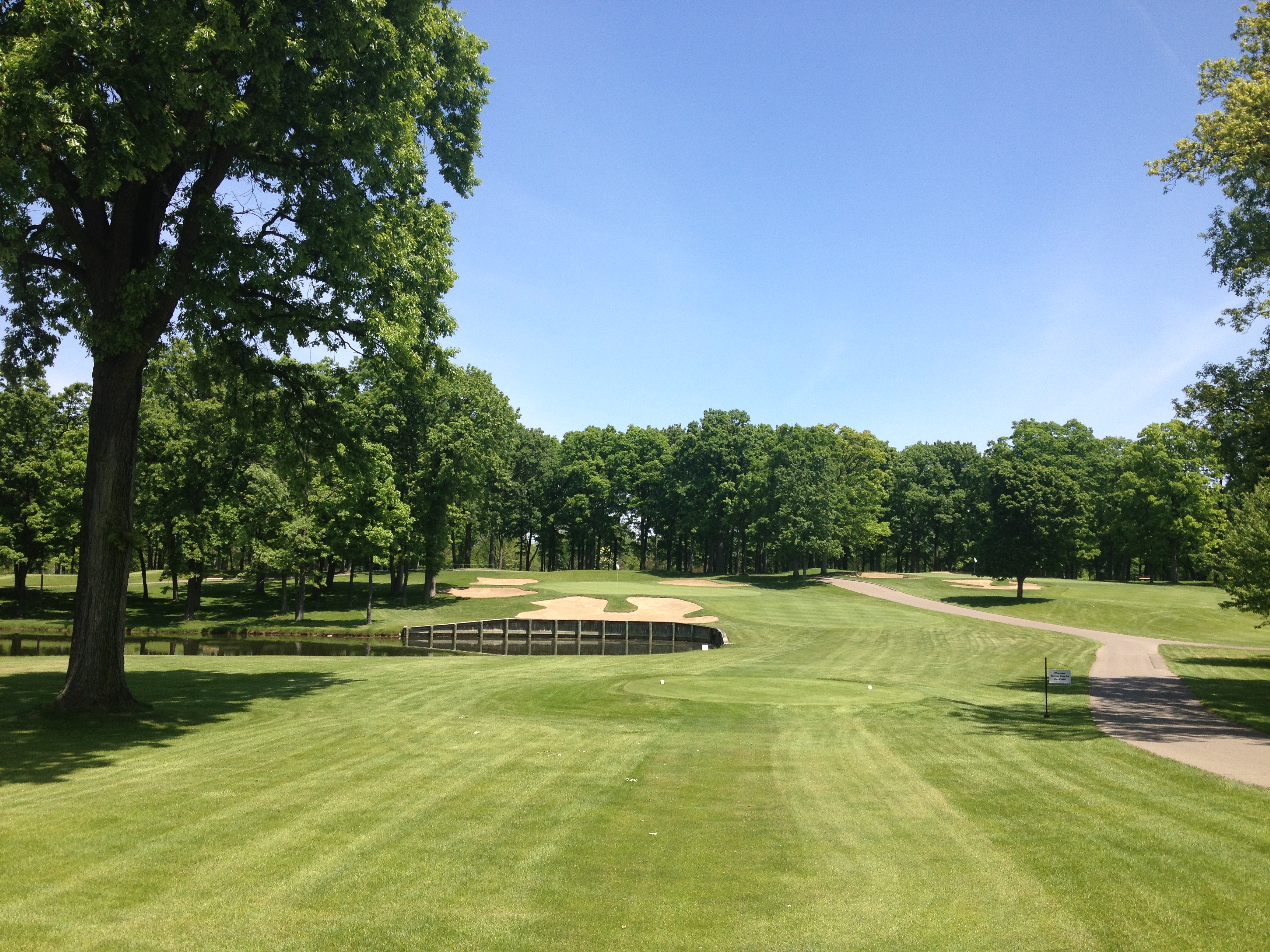 The 17th is perhaps the most picturesque hole on the course and traditionally plays as one of the most difficult par 3’s at Warwick Hills. It is also where the most enthusiastic crowds can be found. The front bunker has been lengthened since 2001, capturing shots that come up short of the green. From the tee, the player must hit a middle iron to a green that subtly slopes toward the water hazard. Missing the green left is particularly bad, as the ball will tend to kick into the woods if it misses both of the bunkers.